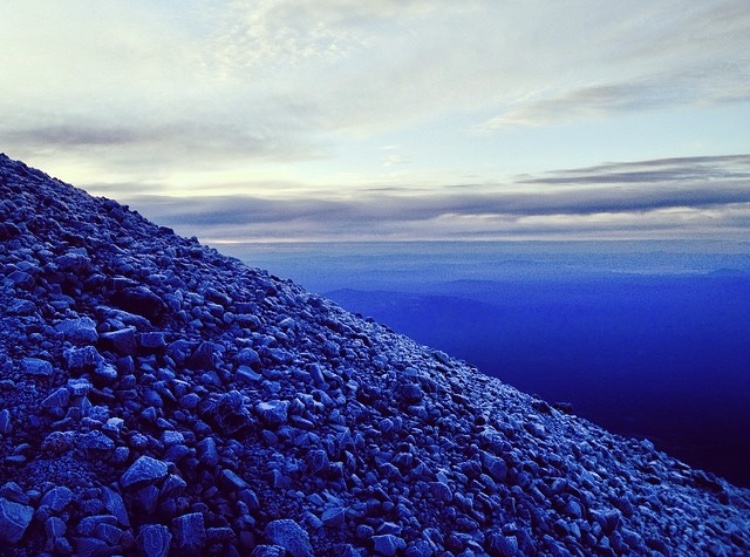 A lot of the time, organizing the details and coordinating the people involved with a mountaineering trip can be the most difficult part. In this case, it felt a bit last minute, but it was definitely more organized than other trips Brent and I have thrown together. I feel like most of the organization came from the Brent side of the spectrum on this particular adventure and my gut tells me it had something to do with the fact that his father was joining us.

Basically, we met a week before and decided on logistics. This involved estimating time frames, deciding on cars we were taking, figuring out where we were staying, choosing a route, and, for me, buying a plane ticket back from San Fran.

We met up on Friday after work with everything packed the day before and headed towards Reno to meet Brent’s dad. We left around 4:30 and with the extra hour that we gain made it there by around 10:30pm. We met his dad at the hotel and passed out.

We woke early Saturday morning and headed for the trailhead, Bunny Flats to be exact. 3.5 hours later we were in the town of Mt. Shasta and grabbed a burrito before the last 10 mile jaunt to the trail.

We hit snow just before the last little hill to our camp. Up a wide, slightly steep chute and we were at the lake. Conveniently, a group was leaving and we snagged their carved out patches of snow for our tents. The square cut outs in a snowbank made for excellent wind protection.

It was late afternoon and we had the most difficult section of the route before us. We could see the tracks of others heading up the steep slopes above to past the heart and disappearing into one of the chutes on the Redbanks. 200o feet of elevation made these chimneys look like tiny, incredibly steep lines of snow drawn through the red rock.

Our camp was set up, dinner was made, water was purified for the morning hike. We were ready to go.

Our plan was to begin at 2:30am the next morning. The alarms sounded and by 2:50am we were on the trail. We crossed the flat basin of Helen’s Lake and hit the steep chute.

It kept getting steeper as we cut right of the heart and zig zagged upward. The last few hundred feet before the Red Banks was close to the steepest snow I’ve been on and it was much more exposed.

It leveled out at the base of the Red Banks. By this point the sky was starting to lighten up. We had passed most of the groups that started before us and a group of 2 began up the Redbanks chimney ahead. We followed.

There was one spot on the chimney where I had to actually use the ice axe for climbing, which was pretty sweet. The chimney opened and we continued on a semi-steep, 40 foot wide snow field to a saddle.

Above this saddle it was flat for a bit with Misery Hill looming across the snow, rocky and barren. We crossed the snow and removed our crampons.

The sun was peaking over the horizon as we climbed Misery Hill and reach the summit plateau. A football field of snow led us to a pinnacle of gnarled rock. It was the summit.

Ahead on the snow was another hiker. I had stopped to wait for Brent and his dad who had begun to fall behind. I ate a protein bar and drank some water, but the shadow of the summit and the wind began to chill my bones. So, I started moving again to stay warm. I caught up to the other climber and passed him on steep scree slope that reeked of sulpher.

One more switch back through the snow and I was basking in the sun, sheltered from the wind on the summit. Some peaks I have stood on have a summit that is completely exposed to the elements. Shasta’s was warm, dry and wind-free. A perfect place to kick back and relax.

Brent and his dad arrived a few minutes later. We took some photos and hung out a few few more parties arrived.

We started back down after a bit and backtracked our way to misery hill, across the snowfield and down the chutes on the red banks. We made our way down the steep slopes to Helen Lake where we packed our things and followed the snow until it ended just above the horse camp.

The dirt trail seemed longer than we remembered, but that is always the case on the last mile or so. We reached the car and drove back to the small town of Mt. Shasta and stopped for a burger before the 4 hour drive to San Fran where we collapsed in our hotel room.

The next morning we all went our separate ways. It was a fun trip.